Do you agree or disagree with 2 Gussows’ assertions and why? various factors that contributed to the huge success of “Crazy Blues” song

Response Essay 4 Paragraphs  You all listened to “Crazy Blues” as recorded by Mamie Smith for last week’s unit on The Blues.https://essaypro.uk

The article you’ll be reading for this week is based on this song.

It mentions various factors that contributed to the huge success of “Crazy Blues” while also discussing reasons “serious” Blues musicians were dismissive of the song. 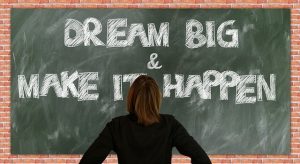 The author of this article proposes that the song has been underestimated and that it is an important “insurrectionary social text” that contributes to the conversation about Black revolutionary violence as a way of resisting white violence and “unsettling a repressive social order.”

For this week, please write a short response essay based on the theme of “Black versus White” as it is explored in the  Gussows’ assertions article

Using specific quotes and moments from the article, write 3-4 paragraphs about whether you agree or disagree with  Gussows’ assertions and why.

Are there things you think he misinterprets?

Are there things you think he should have considered but did not? Feel free to link to modern music examples that might support your argument.

​Moments you might consider (you can feel free to choose others, though):

1 “Crazy Blues” as a part of the genealogy of songs such as “Cop Killer” and “Squeeze the Trigger.”

2 Smith’s words as commentary on the “growing alienation between Harlem’s restive citizenry and its white occupying force.”

4 The countless forms of “bad news” that threaten to take away the “Black male lover whose absence she bemoans.”

5 The use of a female voice instead of a male voice.

6 “Crazy Blues” as an emotional purge for newly transplanted Southerners.

7 The coded meaning, rooted in American history, of the use of the word “Crazy.”

8 “Crazy Blues” as psychological preparation to meet race-based dangers emerging in the North.

9 Mourning of romantic loss in music as a stand-in for mourning cultural loss.