Describe the central elements of Vedic religion (i.e. the religion of the Vedic period, prior to and excluding the Upanishads). 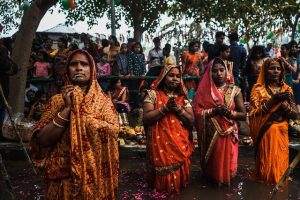 In what crucial ways does Vedic religion differ from the religion that emerges with the Upanishads and the Gita and in what ways are some of the later developments (particularly beginning with the Gita) latent in or continuous with Vedic religion?